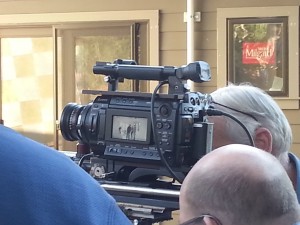 December was atypically, excessively, unrelievedly dry.  Bad news in the grand scheme of things, but the lack of rain did allow exterior house-work to progress nicely. 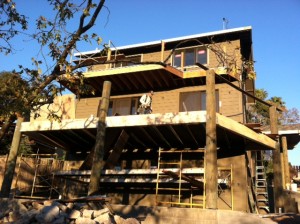 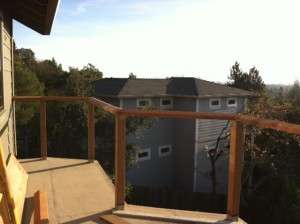 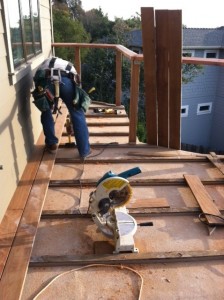 and here’s Roy doing his happy-dance in response to the debut of the exterior extension of the wood burner stovepipe, 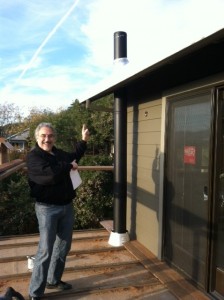 one of the coolest design features of our new home, to our mind.

It’s entirely possible the proliferation of tables during December was also attributable, at least in part, to the dry weather. 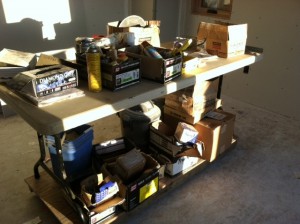 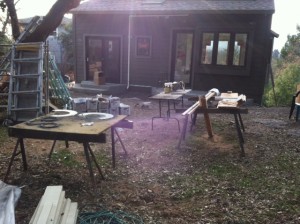 Inside, the sheet rock seams were sealed, giving the house a whole new look. 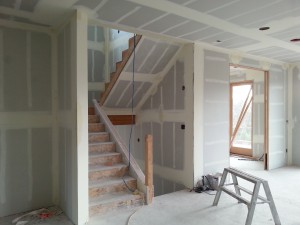 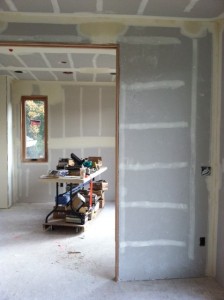 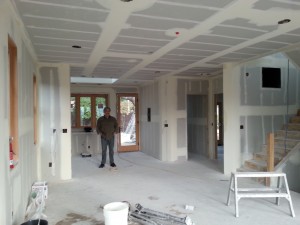 The second half of December we had the great pleasure of playing host to one of my oldest and dearest friends in the world, Arthur Gemperle.  On 16 December, he made a bee-line from Basel (Swizerland) to Sonoma, where he hung with us for 2 weeks before taking off for Australia to connect with his daughter and her family for some camping in the Outback, followed by a solo tour of Melbourne and Sydney.  First order-of-business for us, of course, was a tour of the house-to-be. 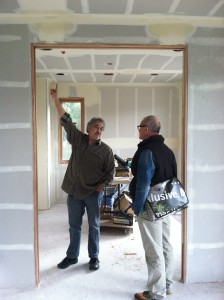 A goodly portion of the late December photos posted here are Arthur’s pics – like this one of Martín working on the tongue-and-groove facing for the underside of the upper deck, 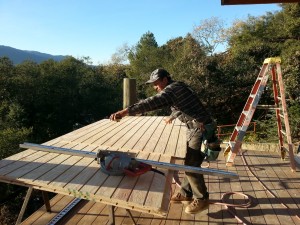 and this of Adrian, Roy. and me testing the safety of the new railing. 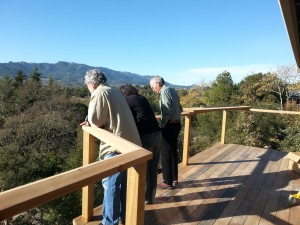 Thank goodness we had a good photographer handy to document the behind-the-scenes action of our house’s show-biz break.

Check with Roy if you want an accurate accounting of how all this came about.  My version is, an agency he works with locally (the agent that got him the Bottle Shock gig?) posted a notice that caught his eye – house under construction in Sonoma wanted for a commercial shoot location.  Well, gosh golly gee, we just happened to have one.

The scouts came and checked it out.  Not to say our home isn’t talented, but frankly, we doubt she had much competition.  Roy asked for – and got – twice the fee they offered; $1000 for the day, while real construction went on uninterrupted.

The conceit behind the commercial is that Zions Bank is there for you, from starter home, to build-your-better home, to best home.  It was a non-union shoot, so they couldn’t put Roy in front of the camera.  They did find some really cute folks to play us, though.  Roy’s double is tall, dark and handsome, and look!  I’m a red-head! 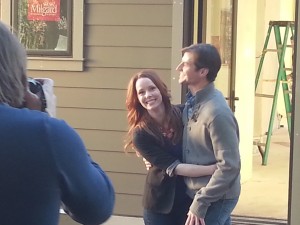 Some of the crew got their 15 minutes, though, most notably Kurt, the stilt-walking drywall master, who was featured in the shot. 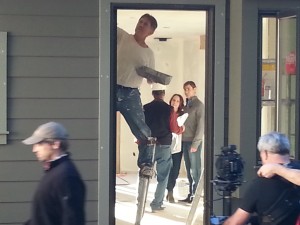 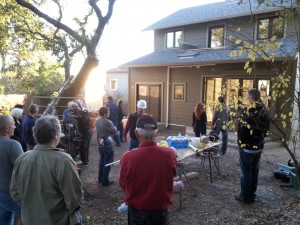 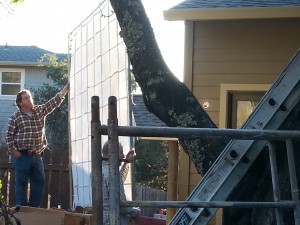 frames and angles were tested, 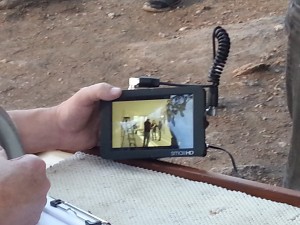 Yes, indeed.  Our house is a star. 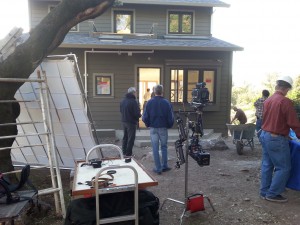 1 thought on “BE-COMING HOME: on with the show”