A sweet few of you have wondered why I haven’t been blogging lately.

I haven’t been blogging because we’re at a point where talking about anything except the spiraling nose-dive of American democracy is pointless, irrelevant, and a disservice to all those already suffering mightily under #45’s reign . . . and because I don’t have anything to say about it that anyone wants to hear.

Before you rush to assure me I’m wrong, let’s look at a few recent news items, shall we?

I could wax furiously eloquent at the back-stabbing calls for “civility” from our highest-ranking Dems, at their blatant failure to defend the rights of small business owners, their failure to insist Sarah Huckster Sanders and other minions of the new regime lie in the bed they made with their beloved Masterpiece Cakeshop decision, their failure to back up Maxine Waters – one of their own party – when she had the guts to speak truth to power and encouraged us all to do the same. 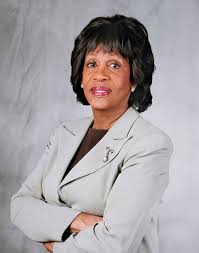 But I’d only be venting my outrage.  I’ve got nothing new to contribute to the discussion.  Others have made my points admirably well; I’ve duly shared their cogent arguments to my FB timeline.

Same with the TrumpCamps and the inhumane atrocities being perpetrated there on desperate families and innocent children – atrocities I am complicit in, thanks to my tax dollars.  Same with the Supreme Court’s horrendous decision to uphold #45’s Muslim Ban.  Same with #45 flagrantly alienating our closest allies while eagerly aligning America with the world’s scariest dictatorships.  Same with the FOX propaganda machine pulling out all the stops to undermine the Mueller investigation.  Same with Melania’s glaringly fascist choice of attire on her way to tour a “migrant detention center” –

Same with all the sucker punches we’re taking, all the new lows we’re hitting.  Despite the knee-jerk “be nice” reaction from certain privileged sectors of society, people are up in arms about what’s happening in this country – and lots of smart, well-informed, experienced, and articulate writers are saying what needs to said.  Again, I duly share the pieces that best echo my personal views.

What’s left for me to rant about is the future.  My success rate in seeing what’s to come is pretty damn good.  I predicted Bush’s first victory and his second term.  I prophesied #45’s win in the 2016 election.  I said the inspiring mobilization of America’s youth on the issue of gun control would not translate to youthful numbers at the polls.  I nailed it on the concentration camps.

This last year and a half (omfg), the only maybe-there’s-hope area in my line of vision has been the little elections here and there that have – huzzah! – unseated a few foul politicians.  Other than that, the future I see is utterly bleak and ugly.

I see the worst possible choice for Supreme Court Justice being seated by August.  I see the end of Roe v Wade, gay marriage, unions, justice, free and fair elections.  I see a relentless erosion of our rights, the environment, social services, and common decency.  I see the rise of a White Supremacist America where it is a crime to speak ill of our Gropen-Führer, where those who are not killed for their color or locked up for their views are slaves to the insatiable lusts of a corrupt government.

Major dictators don’t aim to tyrannize their own countries exclusively, y’know.  They want to take over the world.  #45 isn’t smart enough for that, but Putin sure is.  From the minute the Commander of Cheese (Kelly Ann Conway’s label, not mine) was electoral-college elected, I saw a future where America was a Russian satellite, where our native Resistance would be – of necessity – underground, and where our only hope would lie with the rest of the world uniting to bring us down and save us from ourselves.  A frail hope that, considering the delight #45, Putin, and Kim Jong Un would take in nuking any nation that dares stand against the new Axis powers.

Had enough?  Are you dying to tell me I’m wrong, to explain how what’s happening now is different from what happened in Germany in the 30s, to remind me that the majority of Americans are firmly against this administration’s policies and actions, to hold Alexandria Ocasio-Cortez up to me as proof that I’m being ridiculously pessimistic?

My predictions are dire.  Nobody wants to hear them.  Me, I’m ok with fighting a battle I’m fated to lose.  Most of you prefer to think you’ve got a chance.

Maybe it was Apollo’s curse that stopped Kassandra’s people from believing her.  I certainly wouldn’t put it past the patriarchal prick to curse a young girl for denying him her favors.  But maybe the Trojans just didn’t like hearing that Troy was going to be destroyed, that there were enemy soldiers hiding inside that amazingly cool horse, that Hecuba was going down, that Kassandra’s own rapist/captor Agamemnon was returning home to be assassinated, and that she herself was doomed to die at the hands of Aegisthus and Clytemnestra.  Won’t be that bad, they contradicted her.  Nobody knows what the future holds. 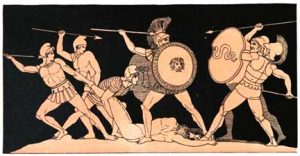 They locked Kassandra away so they wouldn’t have to listen to her endless negativity.  Me, I just won’t be blogging for a while – doing my part to keep your spirits up and hope alive.

10 thoughts on “Kassandra and Me”