That we have our founding fathers to thank for the pithy phrase above is ample proof that the word-trio is not as inclusive as it might appear.

The founding fathers were a small coterie of white guys.  Almost to a man they were Christian, well-educated, owned property and/or businesses, and had served in the Continental Army.

While the commonality of their backgrounds certainly limited the scope of their perceptions and concerns, it in no way diminishes the grandeur of the vision, the integrity of the principles, or the beauty of the prose they used to declare this nation an independent republic and establish representative democracy as its system of government.

“We the People” is the proudly-scrawled opening of the US Constitution’s Preamble. As the rest of the intro succinctly states, the whole point of America was to create a more just, more peaceful, more benevolent, and more egalitarian society. In the America-to-be, people would get a fair shake, see the quality of their lives improve over time, and have reason to trust that their kids would have it just as good.

Thing is, the nation our founding fathers were so keen to establish was rooted in the oppressive strictures of Puritanism, stained with the blood of America’s First Peoples, and tainted by the sin of its slave trade. Self-governance wasn’t for everyone. “The People” meant white, propertied males. The rest of the population was – to some degree or other – part of the property these guys possessed and, as such, subject to their rule.

If the perks of the new nation were reserved for the chosen few at the outset, the open-ended wording and lofty philosophical ideals embedded in the nation’s early paperwork have continually provided fail-safe legal and moral leverage for extending the “people” umbrella and bringing more groups and individuals under its protection.

Every effort to make “We the People” more inclusive has been met with powerful opposition. America didn’t even make to it its 100th birthday before bitter strife between the wider-umbrella/over-my-dead-body factions tore this country apart.

On 19 November 1863, in the midst of the Civil War, Abraham Lincoln spoke at the dedication of the Soldier’s National Cemetery in Gettysburg, Pennsylvania. In ten sentences and less than two minutes, he took “We the People” to a whole new level, and we’ve been quoting him on it ever since. 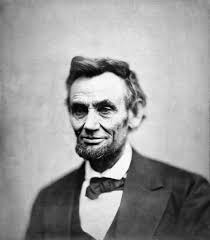 Lincoln stated plainly that the conflict wasn’t solely about the Union, but also about the Union’s underlying tenets. This nation was “conceived in Liberty,” he told the crowd, “and dedicated to the proposition that all men are created equal.” (Uppity women of the era did try to catch the pro-equality tide and get in on the emancipation action; they were told to wait their turn.)

The struggle, he said, was testing the viability of “any nation” founded on doctrines of individual freedom and equality. Two years into the war and with two years still to go, the results of the test were anything but certain, and “Honest Abe” hadn’t come to Gettysburg to make empty promises. Instead, he ended with a call to action. He asked all within earshot dedicate themselves to “a new birth of freedom” for the nation and resolve “that government of the people, by the people, for the people, shall not perish from the earth.”

With that last bit, the beleaguered president transformed the stilted legalese of “representative democracy” into a holy trinity every American swears by. Most think that’s what we’ve got – a system of government owned and operated by the nation’s citizenry. By us.

Only we don’t. Never did.

Yes, I understand that all governments are flawed. No system of government works exactly as intended. Representative democracy is a process, not a product. Progress is slow, but progress has been made. I get it.

Optimists urge me to take the long view. Slavery was abolished (technically). Women won the right to vote (eventually). McCarthyism didn’t last forever. Optimists (and ostriches) urge me to take heart. Celebrity abusers have been called out. Same-sex marriages and recreational marijuana are legal in some states. Alabama voters somewhat surprisingly choose a Democrat over a xenophobic pedophile and avowed racist in a tight senate race. Mueller is still on the job. So . . . yay?

Sorry, but if a year characterized by unceasing attacks on the laws, institutions, agencies, policies, and people of our nation teaches us anything, it’s that we shouldn’t interpret abysmally slow progress toward a select few socially-responsible ideals as evidence of a functioning representative democracy.

According to the US Census Bureau, half of people in America are women. An under-whelming majority of Americans (61%) claim to be white through-and-through; 39% of the population identifies as not-white or not-entirely white. While most folks (70%) call themselves Christians, only 47% claim to be both white and Christian, and the under-30s have as many “unaffiliateds” as Protestants. There are more Dems (48%) than GOP sympathizers (43%). The average yearly income per capita is $29,829.00.

How do these stats stack up against the demographics of the 2018 US Congress? Are we a government “of the people”? 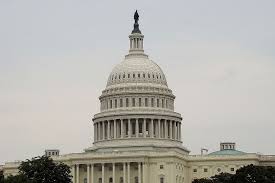 Though this year’s Congress is the most diverse in the nation’s history, it doesn’t come close to reflecting the figures above. Women comprise only 19% of its membership. A mere 20% of the House and 10% of the Senate are people of color. Instead of a representative legislature of 70% Christian and 30% non-Christian, we have 95% Christian, with thirty Jews, four Hindus, four Buddhists, and one – just one – Muslim making up the remaining 5%. Despite the nation’s Democratic leanings, gerrymandering and repressive voter restrictions acted as a finger on the scales and gave the Republican Party both the House and Senate. Oh, and the average salary for an average member of Congress? About $174,000.00 per year.

Not a government of the people, then. How about “by the people”? That’s how the system works, right? Our representatives – whoever they are – represent us by enacting laws that reflect our will.

A whopping 94% of Americans favor strict background checks for all gun purchases. We support net neutrality by a margin of 83%.  Drug prices are too high, according to 80% of the populace. A 60% majority believe Medicare should not be cut, but expanded to provide health insurance for everyone. Not as high a percentage as I would like, but 70% of Americans say climate change is real. A solid 75% of the nation’s citizenry deplored the recent GOP tax bill.

In a representative democracy, the legislative mandate would be clear: pass gun control laws, protect net neutrality, assist Americans in getting the health care they need, save the environment, and tax the rich.

In the first 23 days of 2018, there were 11 mass shootings in America. The response was the usual thoughts and prayers; the only action taken on gun-control lately was the repeal of a rule that made it more difficult for people with mental illnesses to purchase a firearm.

Ajit Pai – the ex-Associate General Counsel at Verizon and now Chairman of the FCC – gleefully nixed net neutrality. Addicted to the perks they get from Big Pharma, Congress refuses to rein-in the pharmaceutical companies, and the Republicans have been hell-bent on destroying the Affordable Care Act since it was signed into law in 2010. Environmental regulations are being aggressively eroded, with the EPA (Environmental Protection Agency) on the #45/Congressional chopping block, waiting to be axed.

As for the equitable distribution of wealth, in a giant “F*ck You” to the American people, the GOP members of Congress passed a tax bill that stuffs their own pockets, enriches corporations, and makes the wealthiest people in the nation far wealthier by impoverishing everyone else. Passed it just before Christmas. Ho-ho-ho. 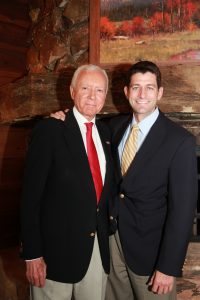 Adlai E. Stevenson (President of the US from 1952-1960 in the alternate universe I wish I called “home”) once said, “A hypocrite is the kind of politician who would cut down a redwood tree, then mount the stump and make a speech for conservation.” Forget about Democrats and Republicans. The Hypocrites hold a majority in both the House and Senate.

They promise us health care, then let Big Pharma write the health care laws. They boast of their “family values” while defunding education. They use “All Lives Matter” as code for “Black Lives Don’t Matter at All.” They castigate one Prez for an extra-marital blow-job, but turn a blind eye to the Pussy-Grabber-in-Chief’s well-documented acts of sexual abuse. They praise our free and fair elections while re-districting to cherry-pick their constituents. They pay lip service to the Constitution while systematically eradicating our Constitutional rights. They talk about democracy while buttering up the KKK and American Nazis. They tell us they are paying us when they are robbing us. They give lip service to the diversity of America while criminalizing immigrants, refugees, and Dreamers.

Go ahead. Add your own fave hypocrisies to the list. The choices are endless. The majority of our reps are using their time in office to down-size, eliminate, defund, and deregulate every department, agency, public service, and law that protects and improves the average American’s quality of life. This isn’t government for the people. It’s government for the people who are devious and morally base enough to exploit their positions for personal gain.

A year ago, “normalization” was the watch-word. Don’t normalize this, we urged each other. Never forget that this is not normal.

But it is. A daily barrage of Tweeted insanity from an ignorant, demented monster, a daily dose of cruelty, betrayal, and oppression from Congress, living in fear of what this day will bring and what’s in store for tomorrow – this IS normal. Not because we fell down on the job and normalized it. Because it is everyday reality in the US of A.

As I sit here, studiously avoiding #45’s State of the Union address, I can’t help but reflect on the state of the Union. A handful of truly representative representatives are ditching the event as well, and many in attendance are wearing black as a statement – bravo. But too many well-meaning progressives simply showed up. Continuing to follow rules and protocols the asshats in power willfully ignore or arbitrarily change to suit their agendas – that’s normalization.

Or collaboration. Call it what you will.

Last year was all about Resistance. Holding our ground. Protecting our rights, services, values, beliefs, protections. Digging in our heels. Refusing to budge on critical issues.

Revolution is about fundamental change. Turning things around. Altering course. Tearing down existing structures and supplanting them with something new.

I’m not talking about taking up arms. Morally wrong, plus have you see the special forces-style police lately?

I’m talking about non-violent revolution. About refusing to politely listen to a smarmy pretender read distortions, propaganda, and lies from a teleprompter. Refusing to cooperate with unjust laws. Refusing to accept the results of elections that aren’t free and fair. I’m talking about unrelenting peaceful protests. Union organizing. Outing killers, abusers, racists, hypocrites.

I’m talking about revolting against inequitably-drawn districts and voter suppression. The lynch-pin of the new American revolution is getting out the vote. 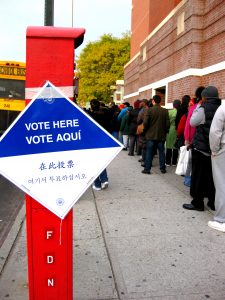 The despots in power will call us traitors and un-American. Not so, peeps. Revolution is as American as apple pie. The founding fathers swore by it, justified it in their prose, defended the Right of Revolution as a self-evident truth. Honest Abe was on-board with it, too.

It’s time for We the People to take Abe’s words to heart.

10 thoughts on “We the People”